Our promise at Carrollton Complete Automotive is to provide you with the best possible automotive services available, at a better than average price. We will use the best quality parts and also give you options when available for a less expensive repair. We will only recommend services to you that are needed, and prioritize needed repairs. We will always provide you with a complete estimate, and wait for your authorization to begin repairs. We will work hard to have your vehicle ready within the same day if possible. Our goal is 100 percent customer satisfaction, and we are happy to serve you. 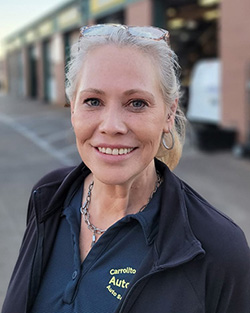 Kim started her career as a service advisor for a Pep Boys location in Kansas in 1997. She soon transitioned to an assistant service manager, then to a parts manager, and then to the store manager. Kim later took a position at a Ford dealership in Kansas when she spent 12 years as a service manager. She joined Ford corporate in 2012 as the first female field trainer, where she trained entry level technicians and service advisors. Later she joined Volkswagen corporate as a trainer.

Kim believes in giving all the information to the client so that they can make the best decision for themselves and their families. She understands that times are challenging and prioritizing car repair is often necessary.

When not working Kim enjoys reading and takes great pride in her three children and six grandchildren. 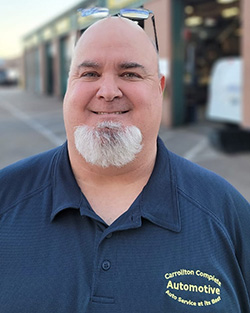 After completing two years at the General Motors Automotive Service Educational Program, Eric spent eleven years as a General Motors automotive technician where he built his foundation in auto repair. In 2003, he and his father opened a Kwik Kar location in Garland. Together they established a business that successfully served the community for eighteen years. Eric has excelled in building long term relationships by providing his customers with a clear understanding of the service needs of their vehicle. He spent many years gaining the trust of customers through honest and reliable service. He and his father enjoyed many years of racing in the modified dirt track circuit throughout Texas.

Eric enjoys spending time with his wife and daughter and enjoys mountain biking. 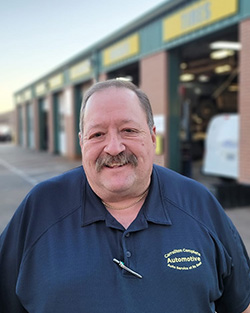 Tom Flores has been in the automotive repair business for the past 44 years. He started his career in Corpus Christi, Texas as an auto technician for 8 years. He then transitioned into a position as a service consultant for an Oldsmobile dealership in 1985. Tom later moved to a Chevrolet - Isuzu dealer in 1988 as a service consultant where he worked his way up to service director in 2001. The dealership soon purchased the local Cadillac franchise, and Tom was then the service director over the Cadillac line as well. Autonation combined all the General Motors brands at a new location which he managed until 2016.

In 2017 Tom decided to move to the Dallas - Fort Worth area to be closer to his family and new grandson. Tom got involved in a wonderful relationship in 2017 and it's still going strong. While in DFW, he worked for three Chevrolet dealers and a Land Rover - Jaguar dealer as a service consultant. He also worked as service director for Autonation Ford in South Fort Worth in 2019. He has dedicated his life to the automotive repair industry and still has a great passion for the business. He enjoys playing golf and spending time with his family, especially with his now two grandsons. He takes great pride in working for a class organization as Carrollton Complete Automotive and plan to finish his career here. 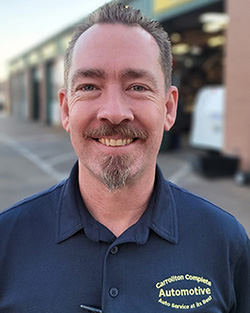 Shiloh Voigt is the General Manager for Carrollton Complete Automotive. As a child and young adult he had a love for all things mechanical, cars, trucks, atv's etc., which led to the start of his career as a technician in a large Ford dealership in 1997. Within a short period of time he transitioned to a service advisor, where he represented dealership brands, such as Ford, Lincoln Mercury, Nissan and BMW. Having won multiple national awards like President's award, and Medallion Elite, Shiloh transitioned to management with Ford in 2007. In 2013, Shiloh was managing one of the largest independent European repair facilities in southern CA. In 2017, Shiloh and his family moved to Tennessee to help a family member, where he managed a struggling V.W./Porsche dealership, which he had improved from 50th in the region to the top 20. Now, Shiloh is a highly accomplished Manager with 20+ years of professional experience in automotive vehicle repair, customer relations and staff management.

Shiloh's goal is to provide a friendly, quality experience, in a relaxed atmosphere while educating clients on the importance and understanding of vehicle repairs and upkeep. Shiloh is originally from Huntington Beach, CA. Having spent most of his life in Palm Springs/Coachella Valley CA, in 2020 Shiloh and his family left TN and moved to Little Elm, TX to be closer to their oldest daughter. Shiloh is a loving husband and father of four children, who enjoys boating, fishing, camping and the outdoors in general. 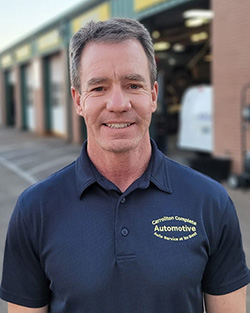 Mike started in the automotive repair business in 1995 when he when he purchased a business in Garland. That business also started from very humble beginnings and quickly expanded to the limits of the facility. He sold that business in 2009. Mike started in the industry in 1986 and was a master certified technician for many years prior to purchasing a business. He believes in providing the best in quality automotive service at a very competitive price. He believes in only providing services that are in the best interest of the customer.

Mike enjoys the outdoors, traveling, and spending time with his fiancé. 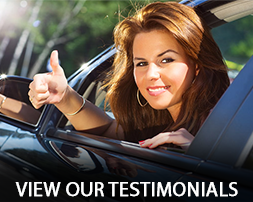 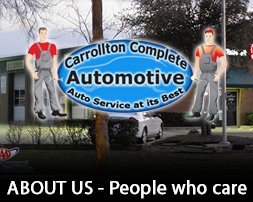 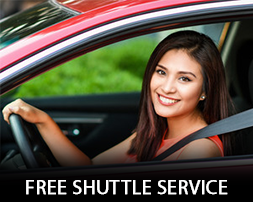